REVISED AND REPRINTED COMING TO KICKSTARTER!

Wretched Wasteland is a game about survival. Survival in a world torn apart by war. It is a game about the few people that still inhabit the Earth and the dangers they face.

Your character is a scout from The Compound, a small bastion of civilisation. As a scout, you have seen what the wasteland has done to people. How it has infected their minds and turned them into murderers, thieves, and cannibals. You know what horrors exist out in the wastes.

A scout knows that patience and a slow pace are key to survival. However, you must move at a dangerous speed to make it back in time. They also know that the wastes take a heavy toll on the mind and the body...

Traverse the wasteland and try to survive. That is your job.

There is only one way to win, and many ways to die.

While this game is for fun it does deal with some dark themes. It contains violence, death, starvation, rabid dogs, and cannibalism. It is about surviving in a horrible post apocalyptic future. It is unlikely you will not be successful with your journey, without lightly modifying the rules. But this game is about the narrative that a scout in the wastes experiences however, it is not all doom and gloom. There are little gems of beauty in the wasteland. If you pull a card that doesn't fit well with you, that's fine. Just skip it.

What do you need?

To play you’ll need a standard deck of cards with no jokers, a single 6-sided die, a tumbling block tower, and token of some kind to mark your progress on the map. You will also need some way to record your journey, a book, microphone, or a camera.

This game is based on the Wretched & Alone system, and was made for the Wretched & Alone Jam! It takes inspiration from video games Fallout 1 & Fallout 2 by Interplay, the music of The Goondock Saint & Mark Morgan, and books The Postman by David Brin, Earth Abides by George R. Stewart, and The Gunslinger by Stephen King.

In order to download this game you must purchase it at or above the minimum price of $8 USD. You will get access to the following files:

Support this game at or above a special price point to receive something exclusive.

These are for anyone who feels they need one, no questions asked.

Cool! This is like wastleland and fallout themed games. With cool atmosphere. Cool voice, cool drawing! True apocalypse and adventure!

Hello, the truth is that it is a quite enjoyable game.

For lovers of the genre it should be mandatory, get a fairly immersive experience. Congratulations to the author.

But I have some doubts, what happens when the cards run out and you're still alive? It happened to me in the second game I've played.

Can I record a playgame to my youtube channel? I have taken the time to translate it into Spanish, and I would like to have such good material to show on my humble channel.

To be honest, no one has ever ran out of cards before. If all king's are pulled the game ends. If the cards run out again I'd it's clear sailing to end of the map.

With any cards that cancel each other out it is best to choose the path that connects best to the narrative you're building.

Nice!!! But I will play in Spanish language!!

Yes, in my second game, i was in the last file next to arrive at last!!! But the dice roll 5, and only 3 cards remained back. Of course, one of these cards must be a king... I am so stupid... now I see... At last, if the roll dice is more than the number of cards, you must take that cards. And the Raiders win in the last second.... Thanks again!!

I saw this mentioned on the Solo Roleplaying subreddit and am very intrigued in giving this a go! Post-apoc is a fun genre.

This comes up a lot!

It's an Australian slang/colloquialism. It means You'll be all right but, as the Aussies do, it's shortened.

Can't wait to give this a play. The Wretched was one of my favourite recent gaming experiences.

The second Wretched and Alone game I've played and had a lot of fun with! I named my deserter Raider friend Marc and even talked in character as him for some of the logs. I got really drawn into the hope that I might actually make it back to the compound, which made the finally day when I drew both my 4th King and the Ace of Spades at the same time, killing me twice over despite my carefully balanced jenga tower, all the sweeter sorrow.

The Death Card... It's quite brutal. I never pulled it when I was play testing. But... so many people have. Glad you enjoyed :)

Wretched Wasteland is a Wretched engine game that riffs off of the pulp wasteland genre. Wasteland takes influence from Fallout and The Postman, and it also feels like fans of Wasteland (the crpg) or Dustbowl would dig the setting. That said, this *is* a Wretched engine game, so it's single-player, and played through a jenga tower, dice, cards, and journaling.

The PDF 20 pages, with one ridiculously strong interior illustration and a bunch of helpful graphics. The layout is easy to read, and the font is thematic without being tricky to decipher.

Setting itself apart from a lot of other Wretched engine games, Wasteland uses a sort of linear hexcrawl to track progress. It *is* very random, and whether or not you succeed is purely a function of luck, but the map gives a clearer feeling of how close you are to victory than W&A's more nebulous gamestate, and that feels appropriate for the more action-survival tone of Wasteland.

Wasteland's writing is strong and clear, and there's less of a swerve to its gameplay than there is to other Wretched engine games. On the other hand, there's a card that can insta you, so it's a bit more randomly lethal.

Overall, if you like the idea of being the person whose corpse the Vault Dweller finds next to an audio recording, or if you haven't played a Wretched engine game yet and want to try out something pulpy and new, I'd strongly recommend checking this out.

Thank you so much for playing my game and giving this feedback! I really appreciate it and it's awesome you've enjoyed it :)

Thank you for writing it! It's a super cool take on the Wretched engine!

i can play without physical dice or block tower/ card deck??

Sure thing, can play with digital dice and cards.

The tower you don't need, just take note of when you're asked to pull from the tower. Each time means the character is struggling mentally and physically.

by solo does that mean this is something i can play alone? this might be a dumb and obvious question but i'm not quite sure.

I had the same question when I discovered these sort of games! Yep, 100% solo game. Play by yourself with a 6-sided dice, a deck of cards, jenga style tower (if you have one, not 100% necessary), and some to record your journey (a microphone, camera, pen and paper, anything you can write on).

ahhhhhh, thanks! that's awesome. i been slowly going through the bundle and was really interested in the combo of apocalypse and solo play. i didn't know these kind of things even existed for solo. now i'm gonna have to search more out.

Reply
Jinx the Goblin2 years ago

Can you enable community copies.

sure thing! Sorry, first time publisher. I will get that done today.

Hey, trying to figure out how to make communities copies... accidentally made it free for a day. Grab yourself one :) Yay for happy accidents!

Reply
Jinx the Goblin2 years ago

lol, yeah I saw that, just claimed a copy 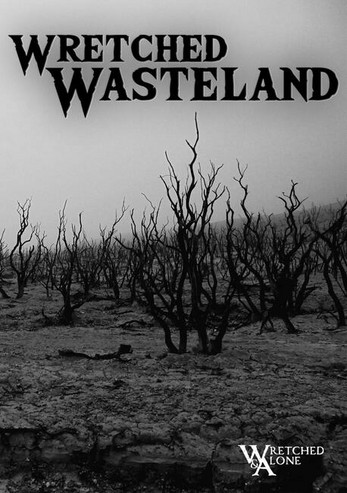